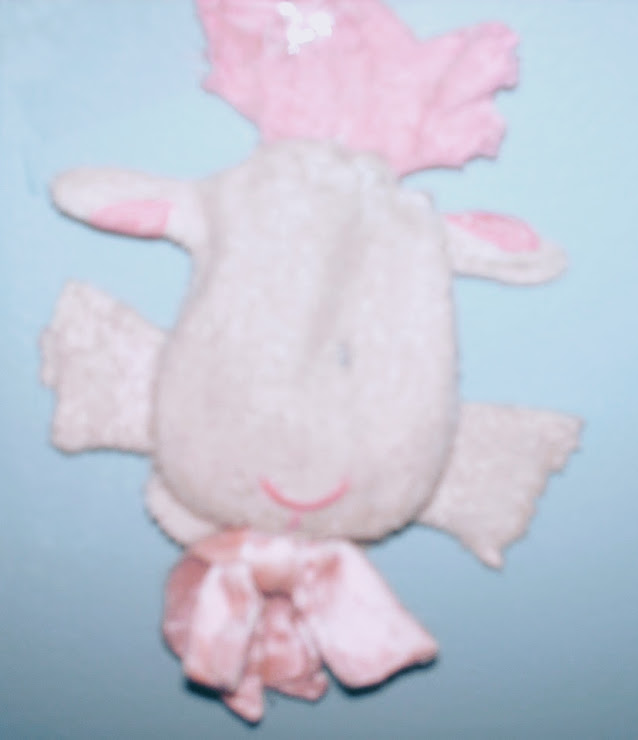 My little girl is a survivor. She survived blanket-withdrawal. It was brutal to watch. Nonetheless, at age 5, it was time to let the blanket go.

It gradually shrunk, until there was only a scrap left for her to embrace. But even at that, it was good enough for her.

When it was shredded in the wash, my husband couldn’t bear her pain. He lovingly sewed the shreds together. He’s so sweet, but there was still more for her to endure.

Eventually, her blanket went missing. I watched her search frantically for it, hoping and wishing it back to her. She shook with the pain of it all. It was at these times that I even had to ask myself, “What is the point”. But as I saw her gradually work through the loss, the answer became clear.

She suffered for the same reasons that we all suffer through any loss, no matter how devastating.

Between the tears, she began trying other ways of sucking her fingers without her blanket. She went from filling her mouth with all her fingers to trying for the thumb.

When none of those satisfied, she tried other blankets with various textures and smells. None of them was quite right.

Then there came her acceptance. She began speaking out loud about her loss. She actually found a picture of her blanket, framed it and placed it prominently in her room. She reflected on the times they had together and how much she missed her “friend.” From there, I saw her develop new routines and rituals. She started drawing, reading and soothing herself with music.

Since then, my daughter describes herself as “having music in her bones.” She sings, writes, and draws pictures expressing beautiful displays of colored emotion. She has found the creative side of herself that would have laid dormant if not for her loss.

She found that the void left behind must be filled. She understood in her own way that in order to recover, she had to accept the loss and be open to the experience, however it presented itself.

As a result, she has changed. She speaks clearly and with strength. Her voice is hers and it is beautiful. She found that she can survive, even with what she thought she could never live without. And for that, she is powerful. Somehow now her name has meaning. She knows better who she is.
That is the point.

As I see it, her change is similar to that of a caterpillar to a butterfly. Certainly, if the caterpillar were to only mourn the loss of his many legs, he would never recognize his transformation.

Although the truth might be that he is now a butterfly, he might never know to open his wings for flight because he lacks awareness of anything other than of what is lacking, instead of what he has gained. How tragic it would be for the butterfly to not know his beauty.

That, as I see it, is the point of loss and suffering.  Without the darkness, there is no need for the light.  These are the opportunities to recognize our beauty.

Loss brings pain and suffering to be sure, but the cycle of life provides hope for a greater joy than we can ever know. All that is required is to be open to receive the gift of our pain. As we cry out, “Why, why me …”, that is why.

No matter how dark, the sun will rise again and you will shine brighter than you ever knew you could.
That is the point.