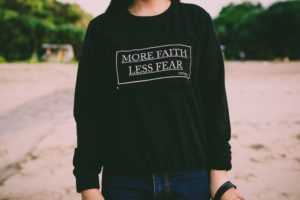 My brother John used to live in the linen closet.

Not really. He was just pretend.

But he was the best brother anyone could ever have. Not only was he to blame when things went wrong, but he was my problem solver, and my protector too.

There was a mean girl in the neighborhood (let’s call her Edwina) who threatened to beat me up. I admit, I was intimidated by her, but I couldn’t tell her that. So I calmly told her about John.  I explained that he was unpredictable. No one ever knew when he would come out or what he would do, but he meant business. Of course Edwina wasn’t falling for it. So I told her, “Just ask my mom”.

Somehow, right on cue, and without skipping a beat, my mom knew the deal. She told her about “my brother”. She led her to the linen closet door and explained that he was very protective. Even though he could not be seen most of the time, he was there watching out for me; available anytime I needed him.

The effect on Edwina was visible almost immediately. I suppose she thought we were just nuts and wanted to get away from us as fast as her legs could carry her. But I choose to believe instead that she realized that whether she could see him or not, she was always accountable to “my brother”.

Just like that, I never again heard a cross word from Edwina.

What a difference “John” made for me too. There was something about having someone that was all mine.  Somehow with him in the closet, I knew that everything would be okay, even when things looked pretty grim.

Of course, I knew he wasn’t real. But that day, sharing “John” with my mom, somehow brought him to life, just a little bit.  Without exchanging a word, my mom and I were speaking the same language.  We knew what was necessary under the circumstances. A little backup. That’s all we needed.

The sad thing is that the older we get, the bigger the boogie man gets. When I was little, he only existed under my bed. But now he is all the things yet to be done, all the bills to be paid, all the responsibilities, and all of the consequences if I can’t keep all the balls in the air.

Then, I remember Edwina and “my brother” John. As crazy as it may seem, somehow John provided a power that I didn’t know was there.  I have to assume that this moment was my first experience with faith.  It was then that I realized that my something “greater than myself” was not just out there somewhere, but was actually living within me, and available at all times; good or bad.

It sounds strange, but I remember sitting in front of that linen closet, almost talking to “my brother” through the door. It was as though we grew closer after the encounter with Edwina. I trusted him…er, I mean, it more.

Faith in the face of fear